Why grow your own food? From Stop & Shop to the Hastings Farmers Market and everything in-between, we have easy access to food around here. So why bother?

This was going to be part of the “pitch” for Roots & Wings breakout session on Local Foods during Sustainable Dobbs, a community event on May 10 . . . hoping to suss out enthusiasm for healthier, home grown, do it yourself vegetables. But the earlier portions of the program ran over, and attendees had already begun slipping out the door when the breakout sessions were announced.

Only a small circle gathered—several of us already involved in Roots & Wings’ Kitchen Garden, our two panelists, Ray Figueroa-Reyes, Jr. and Merle Huebner, Marsha Braithwaite, and a few others who drifted in and out.

Merle Huebner, a petite and hardy looking grandmother, and Director of the 9th District of Federated Garden Clubs of New York State, started off the discussion. “I grew up on a farm in Midwestern Canada, about 500 miles north of Minneapolis.” Then her gardening credentials: “We were organic and sustainable. But we didn’t use those words. No one did. That’s just how it was. We grew root vegetables and potatoes and stored them in the cellar for use throughout the winter.  We did not use any pesticides.  We tilled the gardens with a tractor and mixed manure into the soils.  We made everything from scratch, and raised our own animals and stored their meat in a community food locker.”

This statement reverberated around our circle. Community gardens don’t just plant the ingredients of future meals, Ray continued. “Our youth are stressed.  They respond to nature.”

Ray showed a slide presentation about Brook Park Community garden, located at the northernmost tip of the South Bronx in the Mott Haven neighborhood.  Photos showed students taking an inventory of the problems the neighborhood faces: Truck exhaust, particulates from heating fuel, violence, diabetes, asthma, lack of access to healthy food.  They identified vacant lots as resources.  And Christmas trees.  They collected the trees and ground them up and used them as the base for new gardens.  They tore up asphalt on a City-owned lot to expose soil, and added wood chips, compost, layered in newspaper for carbon, and added clean soil on top.

Now this garden has lettuce, cabbage, kale, eggplants, peppers string beans, collard greens, tomatoes, and sunflowers.  The kids work there in groups on weekends. Like Roots & Wings Kitchen Garden, they make their harvest available to the gardeners and to a local food pantry.

Ray told us about the role that community gardens play in reducing heat island effect and acting as sponges to mitigate storm water runoff problems. But he emphasized the inner transformation that also happens. This year, some of his gardeners spoke at a “Youth Go Green” conference. Some of the kids who did the surveys are now working for Ray for pay.  One of his kids said he did really well on the Regents because the garden taught him about nitrogen and carbon and cat-ion exchange capacity.  Ray described a painfully shy kid who found her calling in the garden, and was out there getting people to sign a petition to the community board for additional garden space.

Yes, right now food is plentiful in Dobbs Ferry. But opportunities to build community, nurture social responsibility and grow connections to nature might not be as available. Our small circle buzzed with big ideas to involve school children and local elders in Roots & Wings’ Kitchen Garden, as well as start a larger Dobbs Ferry Community Garden.

Ray advised:  “Start small.  Mother Earth will do her thing.”

notes from the garden 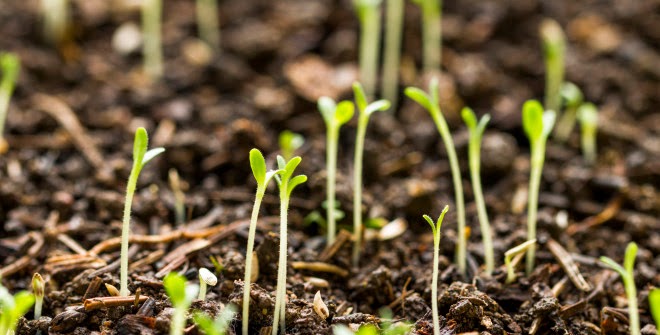 This past Saturday a small group of us got together between 10 am and noon.  We continued with the weeding, planting, watering and general maintenance of the garden.  Els was there early lending a hand with raking and weeding.  Barbara and her husband Ed stopped by and helped with the cutting of the grass outside of the raised beds.  Solange brought over a friend and potential member, Olga who came with her children and who all participated in the weeding and general clean up.   The great news is that new people are coming every week and our work group has been between 4 to 6 individuals on any given Saturday.


Next Steps at the Garden

You have an open invitation to stop by on Saturday at 10 am and to join us in getting a bit dirty and having some gardening fun.  This Saturday we will try to add tomatoes, cucumbers, zucchinis, and perhaps other vegetables.   If this sounds familiar it's because we didn't get to plant any new vegetables this past Saturday.
Posted by Lenore at 8:25 AM 6 comments:

An invitation to compost

This is our third Kitchen Garden update. 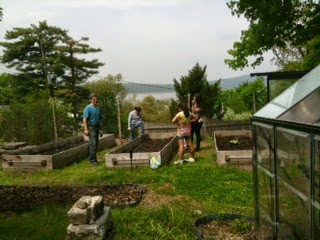 Currently at the Garden - This past Saturday, between 10 am and 12:30 pm, a group of us got together to continue with the kitchen gardening project. Els Van Den Bosch was there early and she helped with the weeding and watering of our seedlings. We also planted some new herbs and vegetables including, parsley, rosemary, onions, kale, Swiss chard, Brussels sprouts, broccoli, cauliflower and lettuce. Mark Pennington and Solange Viggiano also helped in the planting and weeding plus a potential new member to the garden stopped by (referred to us by the Cabrini Immigration Center) with her two daughters as they all helped with the planting.

Next Steps at the Garden-  We will need to continue with the weeding, composting, and watering.  Today, Monday, I was able to hook up our hose and water all the herbs and vegetables but this will need to be done at least twice more this week.  I will try to water again this Wednesday but let us know if you can stop by and water during the week.  Also if you have any compost you can drop if off at our wood compost bins next to the entrance of the garden.  It is best if you drop it in the bin on the far left since this has the newer compost and not the middle. 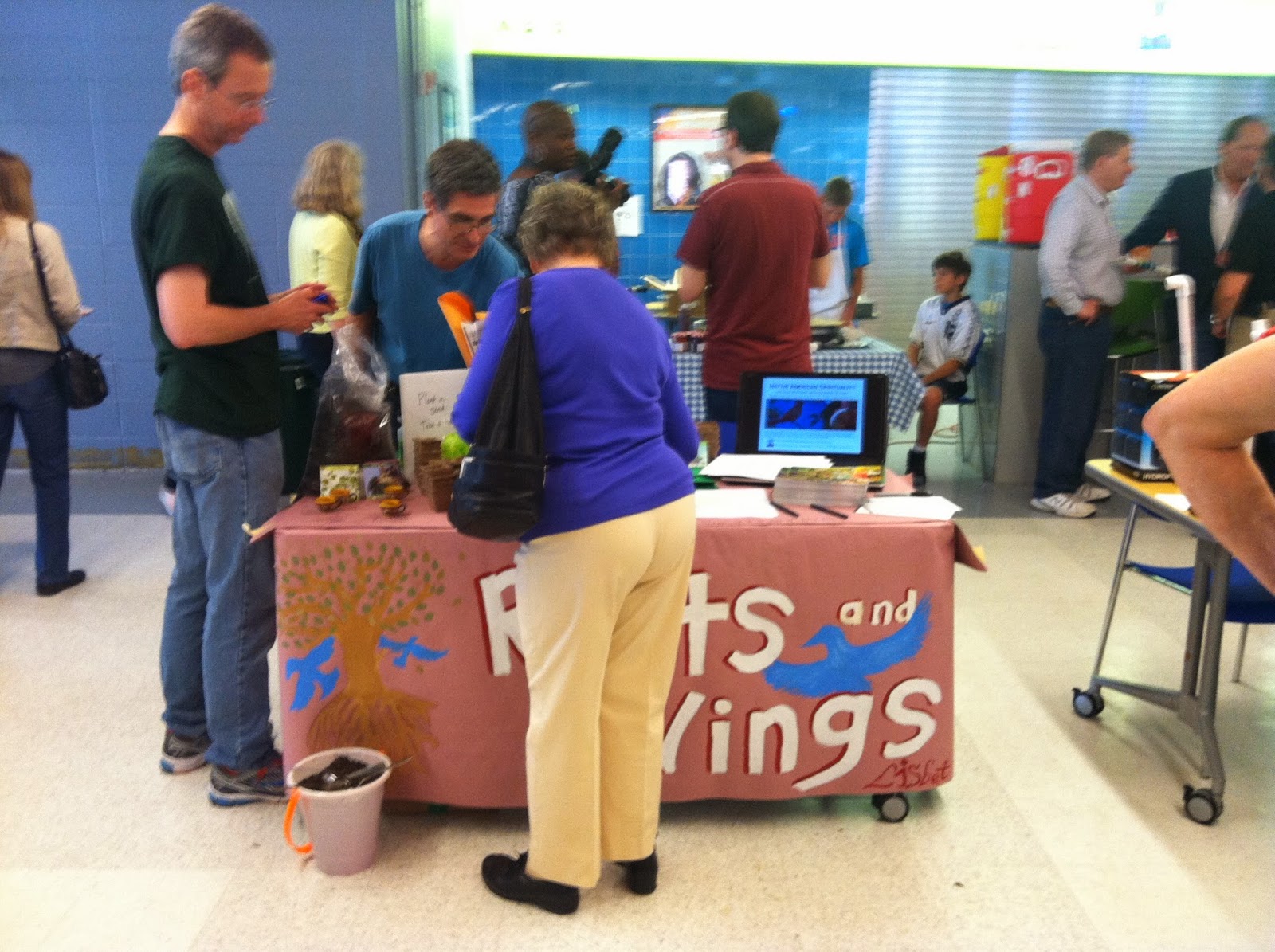 On a related note Roots and Wings made its presence known at the Sustainable Dobbs event this past Saturday.  Lenore Person, MJ Wilson, Mark Pennington and yours truly shared our green ideas with people from our community.  We saw a few people from South church there and made some new connections with people from the Masters School, Children's Village, Mercy College and the Garden Club of Dobbs Ferry.  Many ideas and information were exchanged among these was the idea of having a potluck lunch (or dinner) using the harvest of all of the gardens some time towards the end of June.  We will keep you informed in case you would like to join us.

Please come join us this coming Saturday, May 17, between 10 and noon as we will be planting new vegetables.  Let me know if you can make it so we can plan our work accordingly. Keep in mind that part of the harvest will go to the food pantry and part to the gardeners.

Peace,
Marc and Solange
Posted by Lenore at 7:54 PM 5 comments:

This is our second Kitchen Garden update. 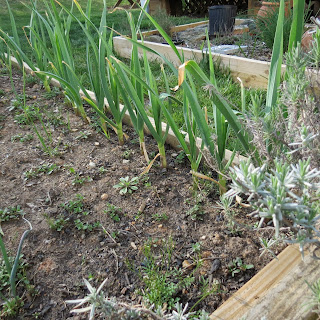 This past Saturday, from about 10 am to 1 pm, a few us got together to continue with the general clean up of the garden. Mark Pennington helped create a new bed using the recycled labyrinth borders given to us by Linda Herring. We were also able to border off our herb garden area using these borders. John Gunther-Mohr worked at turning over the soil in our raised beds plus he brought over compost that was added to our new bed. We also did a good amount of weeding, raking, plus we watered our seedling trays.

I'm happy to report that we have some asparagus and garlic ready to be harvested as it has been growing all winter and should be ready now.

Next Steps at the Garden- We will need to continue with the weeding, composting, and the watering of our seedling trays. We also need to organize a watering and composting schedule. Once the vegetables are planted they will need to be watered at least 3 times a week plus we need to bring out the compost in the Church Kitchen out to the garden about 3 times a week.

Please consider coming out to the garden this coming Saturday, May 10, between 10 am and 12 noon. We'll need some help with all the mentioned task plus you can help us plan out our garden as to what are some of the preferred vegetables and where in the garden we can grow them. As I mentioned in the past a percentage of the harvest will go to gardeners and the rest will go to the food pantry. Let me know if you can stop by the garden this weekend.